Now you may be wondering if I actually assassinated the president. The answer is yes. I assassinated Abraham Lincoln. You may be thinking, no, John Wilkes Booth killed Abraham Lincoln. You would be wrong. John Wilkes Booth is an anagram of my name, Lord Tyler Sikov. I have hidden my true identity for a long time. There are many reasons why. As many of you know, I shot the president in the back of the head and then jumped out of the balcony in Ford’s theater. I did sprain my ankle but I got away and changed into one of the costumes from the play.

I escaped and I was in the clear until that idiot Garfield got into power. I created a new identity this time, Charles J. Guiteau, a writer and lawyer, also conveniently another anagram for my name.  I saw him at a train station and shot him twice. I disappeared into the crowd and some other guy took the fall for me, as they thought he was me. I then impersonated a doctor and committed medical malpractice to ensure that my job was done well, and the president did not survive. I then went and perjured myself to say that the man they wrongly convicted was actually rightly convicted, that man who was unfortunately caught in the crossfire was sentenced to death.

I laid low for a little while but then William McKinley was elected. I knew I had to be craftier this time, that I should not approach him with a gun. So, I concealed my gun in a handkerchief. This time the authorities almost caught me but luckily there was another man holding a handkerchief right behind me. The name I chose for this mission was Leon Czolgosz, another anagram. That is the name they attributed to the killer. I took a 62-year nap. By then many people had failed to copy my style. No presidents were assassinated while I was asleep, there were many attempts. I never fail, so those were not my work by any means.

Once I woke up Kennedy was president. I created a new identity, under the name Lee Harvey Oswald, the semordnilaps of my name, I thought I would go a different direction as anagrams might be getting easier as technology evolves. I had missed killing under a name that was three names long. This one was very fun because people after the fact noted that there were two gunmen, they were right. A man was working in the building, where I planted a number of weapons. In reality there was only one gunman, I work alone. But I needed evidence as the judicial system had advanced during my hibernation period. I did not have to do much cleaning up after this shooting, Jack Ruby took care of my prop Oswald once they made it to jail. Then Ted Cruz’s father killed Ruby, making my job even easier.

Since then, there have been many more attempts on the lives of presidents, none of which I have been involved in. Ted Cruz, aka the Zodiac Killer, has been keeping a close eye on my activities. Game recognizes game. I have done my best to stay out of his sphere of control. I text with him, the Unabomber, the still living guy from the Boston marathon (that cutie), and all of the alive serial killers, school shooters, and other various Guantanamo bay inmates. When I worked at Nickelodeon, I wrote a few episodes of SpongeBob. I used this to my advantage to send coded messages to my friends who have been less fortunate at their life of crime. The code I used was what our group called ourselves. E.V.I.L. aka Every Villain Is Lemons.

I have once again gotten myself into a pickle, not literally this time. My neighbors wanted to test out their new security system, so they asked me to steal some of their lawn ornaments. I was on board immediately and began planning my expert heist. I arrive at their house (like a minute after I leave my house, you know neighbors and all) and I set my sights on my targets, the ornaments.

There is an assortment of ornaments. There is a peacock where the tail and body spin independently of each other. There is one that is topped with an orb, that I am certain is just a wizard staff half buried in the ground. There is a very rusted sun flower. The last one is a stained-glass picture of 2 butterflies on a stick.

I look for defenses and more importantly flaws in the defenses. I do not notice anything stopping me from stealing the ornaments. So, I walk up and pick the orb and peacock up. I walk back to my house and hide them in my garage. I go back and get the other 2 ornaments and hide them in my garage. As with all crimes I commit, I desire recognition so I go back to the scene of the crime and contemplate stealing their potted plants but decide against it.

A few hours later my neighbors asked where their lawn ornaments went. I informed them that I stole them as they had requested to which they replied that they had not yet installed their new security system and had been at a funeral while I was stealing their ornaments. They asked me to return them but I said no because I put some effort into planning my heist. I was planning on doing a number of flips and rolls through the laser field I pictured. I brought multiple bandanas which I planned to use as weapons. Most importantly I had a getaway driver which I never used, now I have to apologize to my mom for not using her help in yet another criminal act. I will keep you, my readers, up to date on my escapades in nefarious activities. 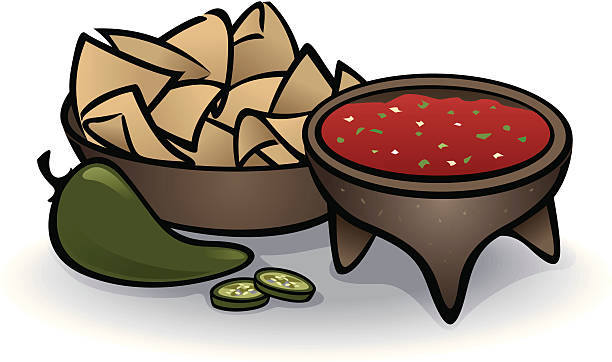 In honor of Cinco de Mayo the Pittiful News has decided to put together the complete list of types of salsa: