Skip to content
Home“Dove Chocolate Sayings Made Me Do It!” Says Local Arsonist

“I’m innocent!” David Davidson boldly exclaimed as he unceremoniously collapsed to his knees outside a Pittsburgh police department Monday afternoon, “It was Dove Chocolate, they made me do it.” Davidson is accused of initiating a spree of house fires Friday evening which led to the mild terror and first degree burns of several South Oakland residents. However, against the urging of his legal consultants, he refuses to plead guilty to the charges brought against him. He instead blames “Dove Chocolate Sayings” for manipulating him into lighting the match. 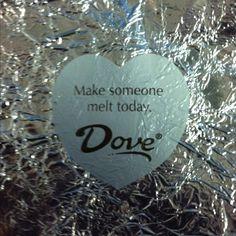 In a wild turn of events, Davidson’s seemingly incoherent plea may not be unfounded. In a search of the suspect’s third floor apartment late Saturday night, dozens of the iconic Dove Chocolate candy wrappers were found amongst empty Sorento’s pizza boxes and half completed Chemistry assignments. Such seemingly innocent sayings as, “Do Something Spontaneous” and “Temptation is fun…giving in is even better!” meant to inspire the typical middle-aged female population suddenly turned dark in light of recent events. Even darker still were the sayings on the wrappers found lodged deep into the crevices of the stained mustard yellow La-Z-Boy recliner in the bedroom of the perpetrators home. “‘Make someone melt today’ and ‘Don’t settle for a spark, light a fire instead’, these are real quotes seen on the back of these candy wrappers. If these are found to be authentic, we might have a real epidemic on our hands,” Police Chief Henry McHenry boldly proclaimed in a press conference early Monday morning. In a Pittiful news exclusive interview Sunday night, we got the real scoop on the darker findings of the investigation. “Yes, it’s true,” Jack Jackson revealed, “…there are more.” With a helpless grimace, Jackson opens the old Crocs shoebox sitting ominously in the center of the dirty Starbuck’s table. With a gasp, Richardson pulled out a single wrapper from amongst the hundreds of crumpled tin foil specimens that lay inside. “‘Gas stations are always a good place to find the ingredients to start a fire…in your heart,’” Richardson reads in a hushed tone, “No way, this can’t be.” Many more eerily specific quotes such as, “Strike the red end, no, no, against the box, you idiot, not your hand”, and “Okay, now just pour the gasoline onto the apartment, good, good girl, er, boy” could be glimpsed shining in the dim light at the top of the pile. If these wrappers are indeed the real deal, this may go deeper than anyone could ever have expected. “This could be government deep,” Jackson whispers, cringing at the sight of the empty shells in the box before him. Whether a government conspiracy, mass-media cover-up, or simply the musings of a deranged chocolate factory worker, one can’t deny that for the first time in human history, eating an Almond Joy could’ve saved the world a whole lot of grief. The trial begins Tuesday.

One thought on ““Dove Chocolate Sayings Made Me Do It!” Says Local Arsonist”